The year in books: January

It's time for me to talk about my January book that I chose for #theyearinbooks that I am taking part in. As you can see I chose Donna Tartt's second book that took her ten years to write, (she has written 3 books which have each taken her a decade each to write, amazing!)The Little Friend. I read her first book The Secret History about 15 years ago and found that a real page turner, but in all honesty I forgot about her until about a couple of months ago when I heard her being interviewed on the radio and then on the television about her latest novel The Goldfinch and my fascination with her grew. I love that she is a recluse and rarely allows interviews. I love her sense of dress and style and that she dares to take so long to write her novels. Quite frankly I am a little obsessed with finding out more about her, no I am not quite stalking her!!!

So, back to this book, all 576 pages of it were real page turners once again for me. It begins as such: "For the rest of her life, Charlotte Cleve would blame herself for her son's death because she had decided to have the Mother's Day dinner at six in the evening rather than noon, after church, which is when the Cleves usually had it."
This novel is not directly about a murder. It is about the effect that the murder has on the main character Harriet's immediate and extended family and it is through Harriet's desire to come to terms with the past and find her brother's killer that Donna Tartt Takes you on a journey through one of aged 12 Harriet's lonely summers, encountering misunderstanding, bereavement, solitude and straightforward cruelty, she drifts further and further into her obsessions.
As the story progresses, other, tougher, meaner characters are dragged into her world and she is almost destroyed by her attempts at revenge on individuals who bear illogical grudges against her.
This book felt multi-layered to me, lots of sub plots going on which I enjoyed keeping up with. It delves into South American history which I have always liked learning about and as I followed Harriet it became evident to me that she had to learn lessons in betrayal, loss, guilt and unfortunately lessons which crossed a threshold into pure evil. It became a bit of a thriller for me, full of suspense which made it an immensely satisfying read. I almost found myself not reading every day to try and draw out the the enjoyment of suspense for longer!
I would highly recommend this book if you like what I have described and of course you can read many other much more intellectual reviews about this fascinating read. I give it a good 4 out of 5 and can't wait to read The Goldfinch, but will wait for it to come out in paperback as I am not a fan of hardback fictional books.
I am excited about my new read, Kartography which I should finish in February and will be talking about on my blog. I hope this might have inspired you to pick up a good book that appeals to you, I am feeling rather inspired with having got back into my love affair with books.
I will be next on the blog with a winner from my giveaway as seen here. Until then happy reading xox Penny

Posted with Blogsy
Posted by Penny at Wednesday, January 29, 2014 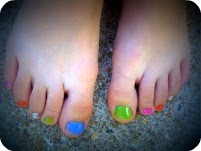